Tea is an important beverage consumed worldwide. In the world, the countries with the highest consumption of tea are China and India. They both together are responsible for producing 80 percent of the world’s total tea. For people looking for health benefits from this beverage – Bi Luo Chun Green Tea or any other green tea is the most popular choice.

The chemicals that likely make tea a potential protector of health is called polyphenols. Polyphenols are a type of natural plant compounds found in green tea. Although in green tea they are found in high amounts yet they also occur in dark chocolate, olives, celery, apples, plums and spinach. Different type of chemical units known as phenols together contributes to make up polyphenols. There are a few different types such as catechins, tannins, isoflavones, stilbenes, lignans, and anthocyanidins. 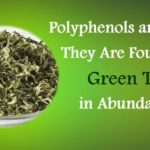 Of all the above mentioned polyphenols, the one that occurs in the highest level in green tea is Epigallocatechin gallate (EGCG). Although it belongs to a group of flavonoid phytochemicals called catechins but it is said to provide the highest number of benefits. The polyphenols found in green tea operates in a variety of ways.

As an antioxidant, polyphenols protect the cells of your body from oxidation thus extending your life and preventing the early demise. They could even help to reduce the risk of cancer, cardiovascular diseases and osteoporosis. Being an antioxidant, they play a significant role in the human body as they actively reduce the effect of oxidative stress on the body. Oxidative stress is part of normal life, but if the regular check is not kept over the same and the negative stress outweigh the body’s ability to manage them, it can lead to the formation of hazardous diseases.

The antioxidants found in green tea vary depending upon the leaf, soil where it has been grown and the brand. That is why it is highly recommended to choose Changsha Wufeng Tea Co., Ltd. for purchasing green tea in bulk quantity. The production of our teas is stable and quality is consistent and outstanding.

Bi Luo Chun Green Tea is one of the most famous Chinese teas and is the rich source of polyphenols especially the Epigallocatechin gallate (EGCG). The tea has amazing bright color with beautiful fragrance and mellow taste. Being a non-fermented tea, the presence of antioxidants and other natural chemicals makes it good for human health. It drastically reduces the risk of cardiovascular disease and cancer. This Chinese tea is also popular for its peach and a mildly vegetal aftertaste.