The Mid-Autumn season has come and the projected 2.5 tons of old tree mao cha material for processing of Shu Pu-erh is ready, after the part of Gu Hua Cha is made. Now it is the best timing for shu pu-erh processing in the year. Because the pile fermentation (Wo Dui) of shu pu-erh needs to be done under proper air humidity and temperature. In this season, the air of Yunnan becomes dry, but not the driest. (It is in Jan-April when it is the driest season of Yunnan). The temperature ranges around 20℃ in these days.
The pile fermentation is the most critical processing for shu pu-erh, which deeply decides the quality of of shu pu-erh. (We can say the quality of mao cha and pile fermentation are the most two important factors which decide the quality of shu pu-erh). The pile fermentation is carried out in Song Shan Tea Plant of Yongde County of Lincang in Southwest Yunnan. This is a leading tech tea plant specialized in shu pu-erh processing in Yunnan. It has been in the line for more than 40 years. The relatively stable and evolved work team was built and the well-designed sourroundings including illumination, air flow and community of micro-organism is perfect for the work. We always like the date flavor and full-bodied taste of shu pu-erh from this plant.
The pile fermentation of this batch of old tree shu pu-erh started in Sept.15 and will last around one and half a month, to the end of October.

The climate of Yunnan in Mid-Autumn season becomes clear and dry. 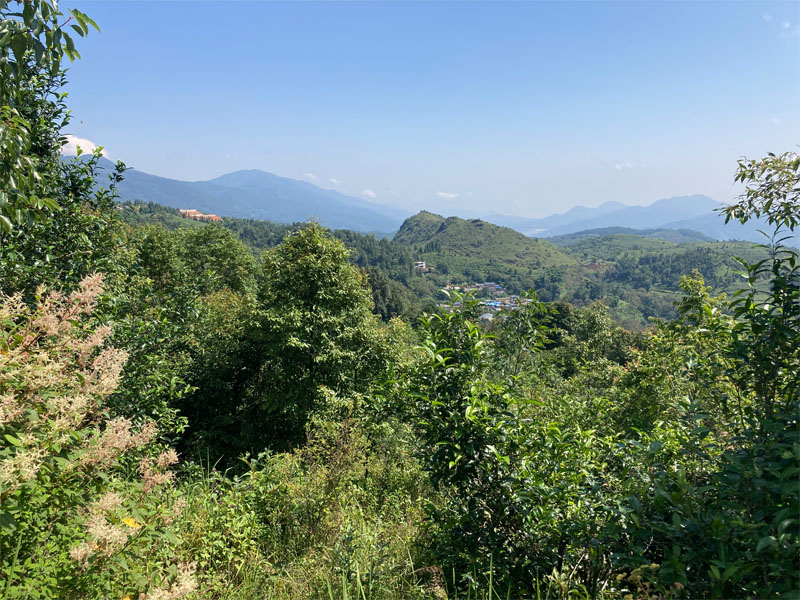 The old tree mao cha was transported from the Ming Feng Shan mountain village to the Shu Pu-erh processing plant around 35km away. 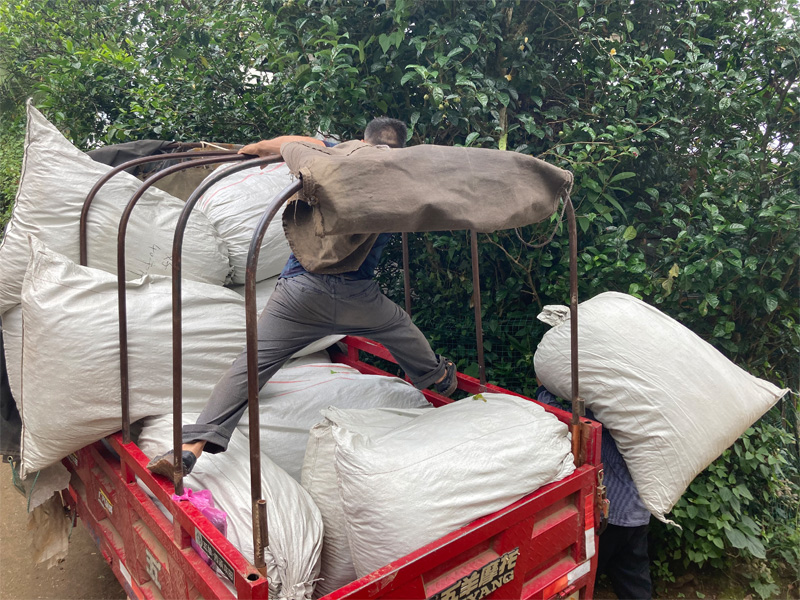 2.5 tons of mao cha is a big output of the Ming Feng Shan village. 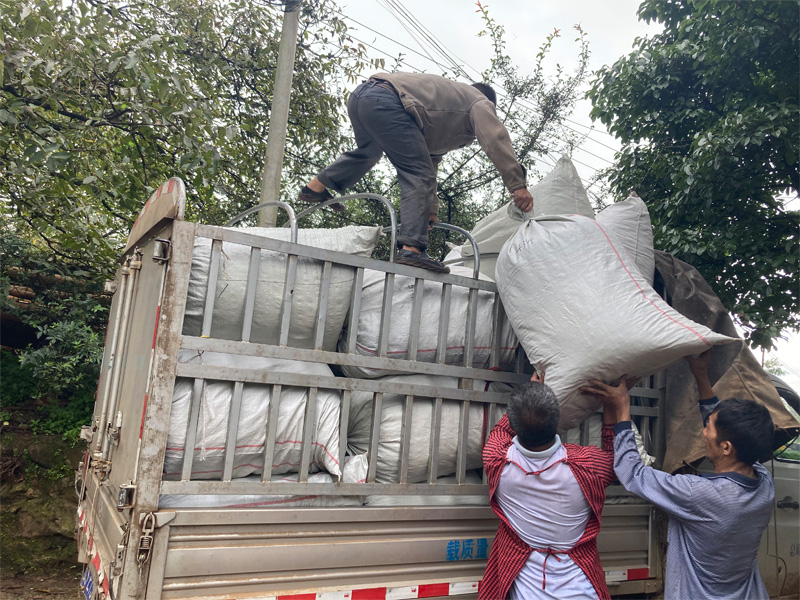 This is Song Shan Tea Plant. It is located at the foot of the Tang Li Mountain of Yongde of Yunnan. 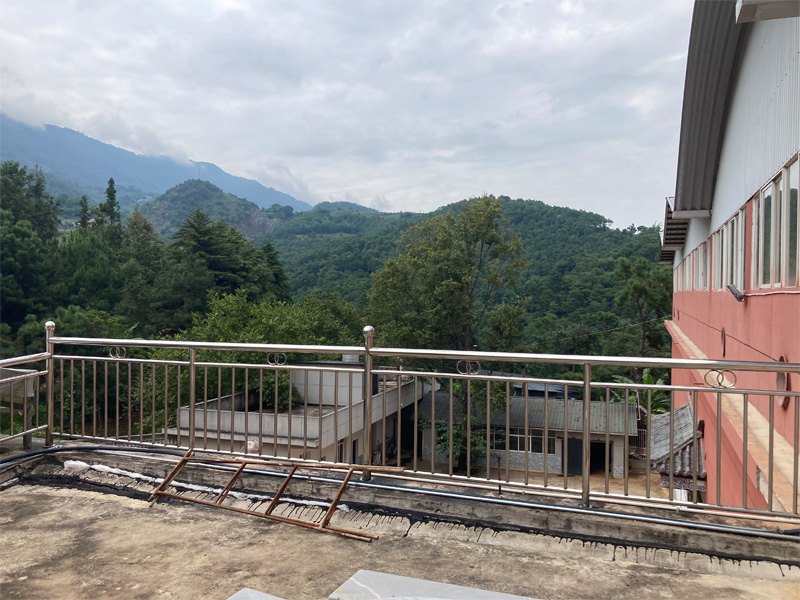 Song Shan Tea Plant has processed Shu Pu-erh for more than 40 years. It has the leading tech in Yunnan. 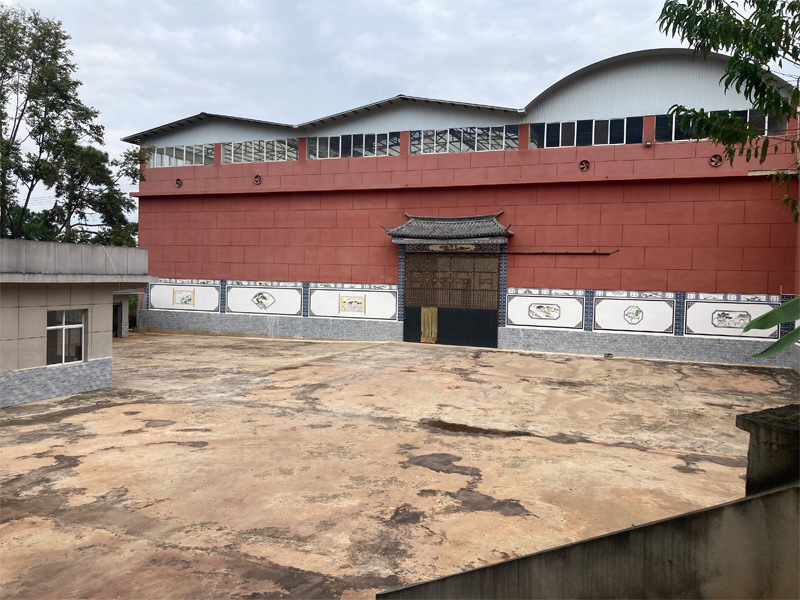 The mao cha is piled for fermentation (Wo Dui). 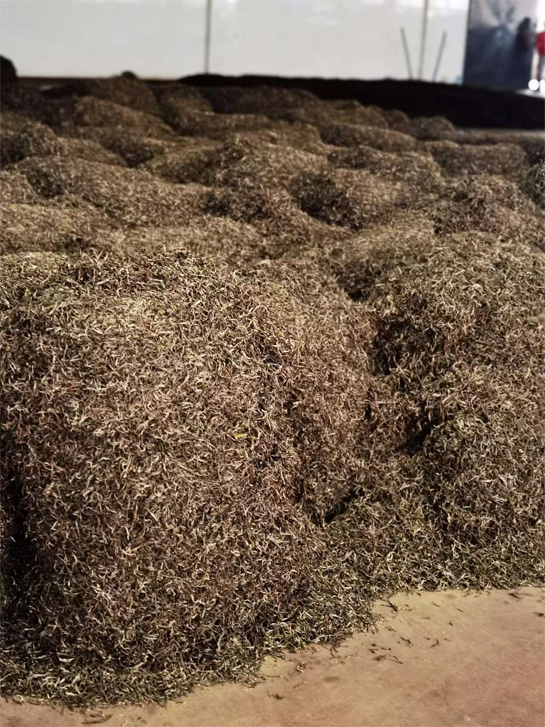 In the beginning of the pile fermentation, the mao cha needs to be moistened by spring water. 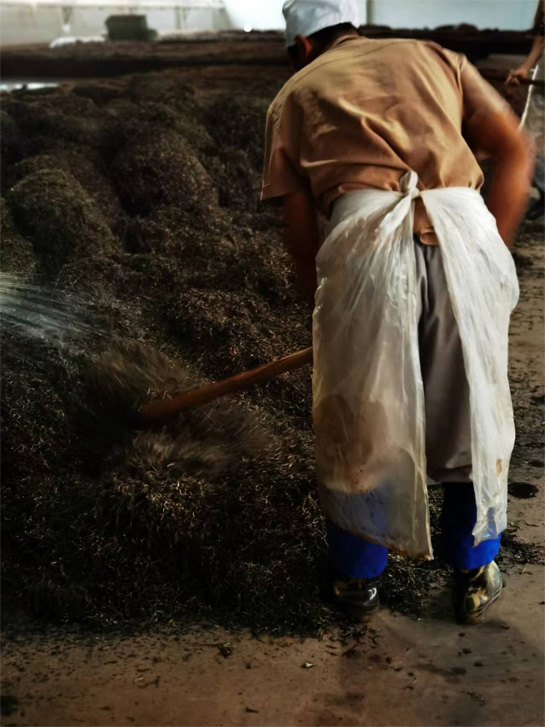 The mao cha is well-piled and ready for the fermentation. 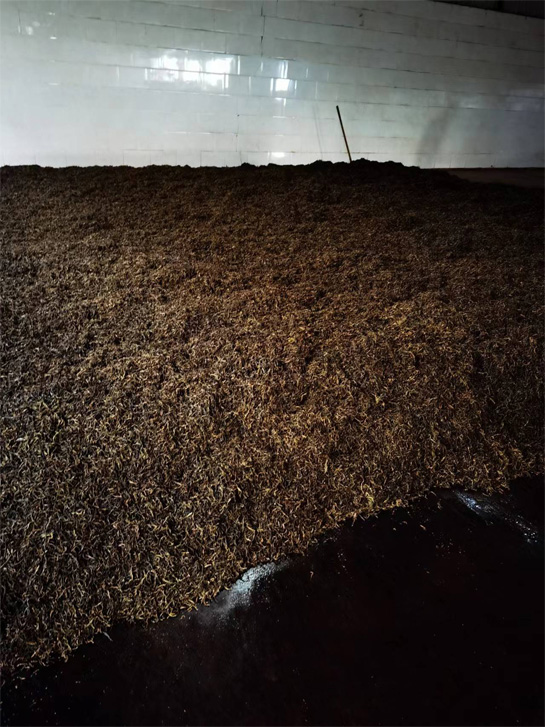 The tea is covered by a layer of palm coir coat. The pile fermentation is engaged by a lot of magical micro-organisms, and it lasts around one and half a month.

As usual, we tested our tea with Eurofins. It is a sound report for the old tree mao cha, non-detected.